Add to Cart Add to Lightbox Download
A fan high fives with a passenger in a motor vehicle. 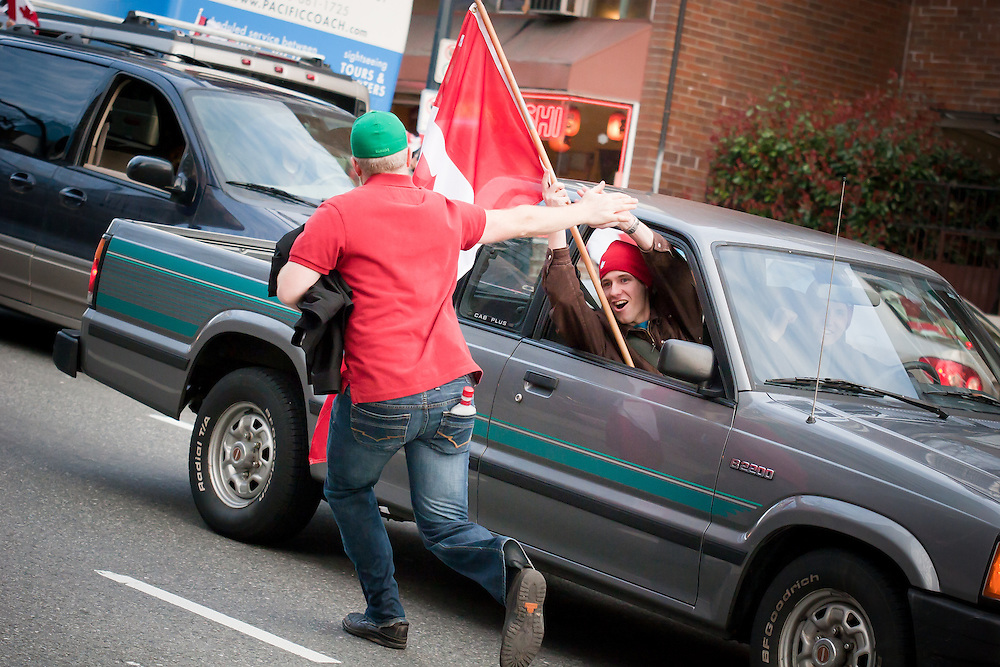