Add to Cart Add to Lightbox Download
A group of friends pose for a photograph on Burrard bridge as they head towards the celebrations downtown. 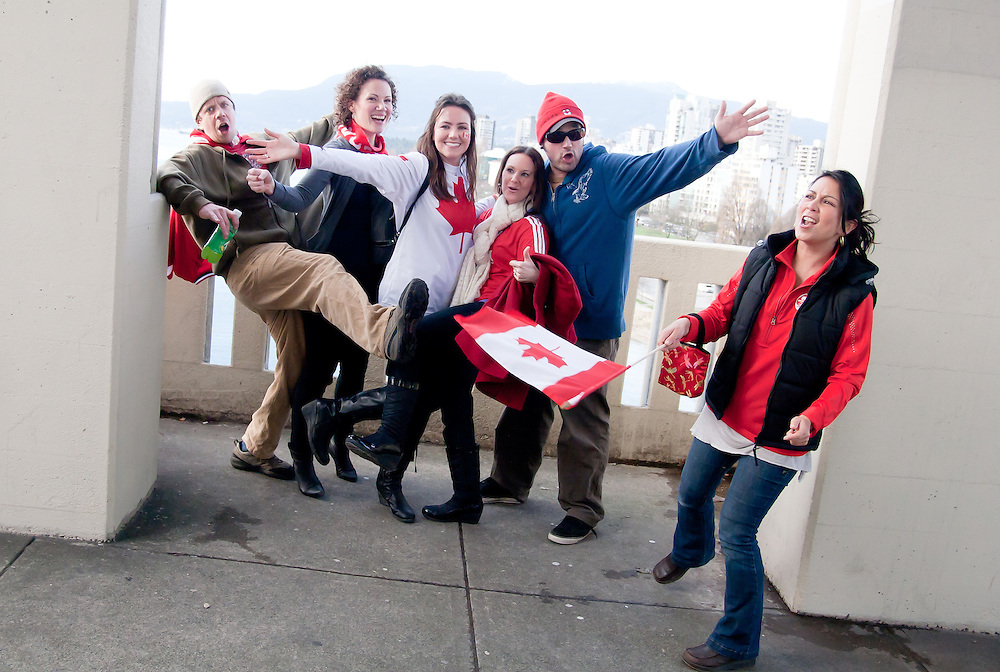