Add to Cart Add to Lightbox Download
A woman with spiked blonde hair and doning a Canadian flag displays her creation to the crowds in Downtown Vancouver. 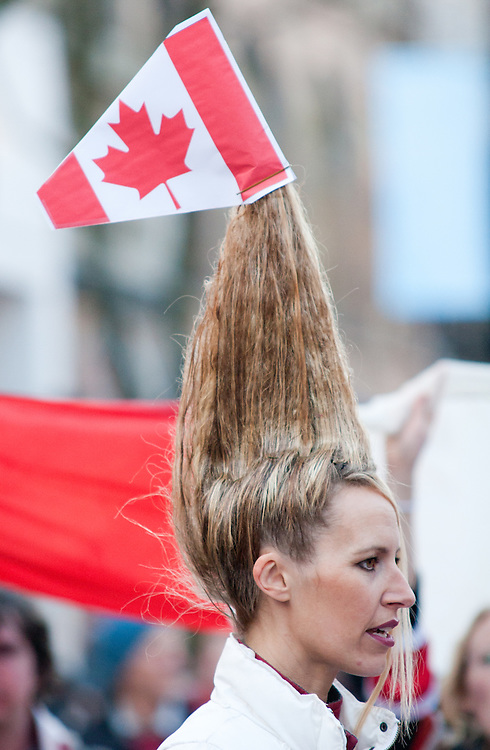