Add to Cart Add to Lightbox Download
Two fans sit on an advertising board in downtown Vancouver. 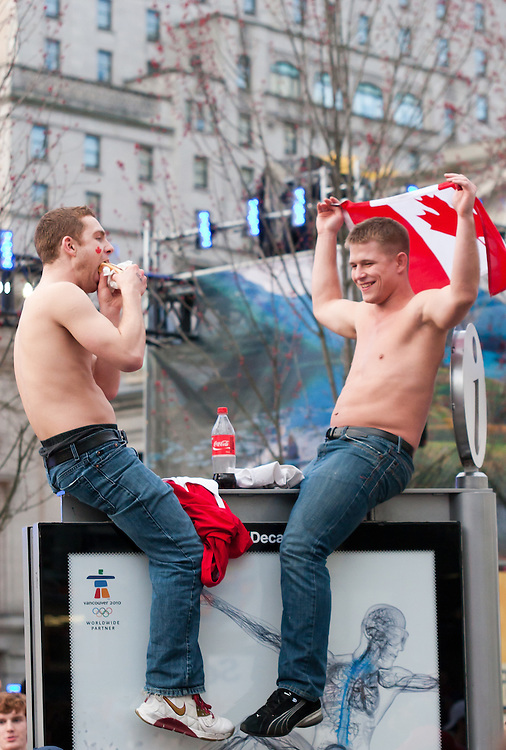