Add to Cart Add to Lightbox Download
A hockey fan reads a map attempting to navigate a crowded downtown Vancouver. 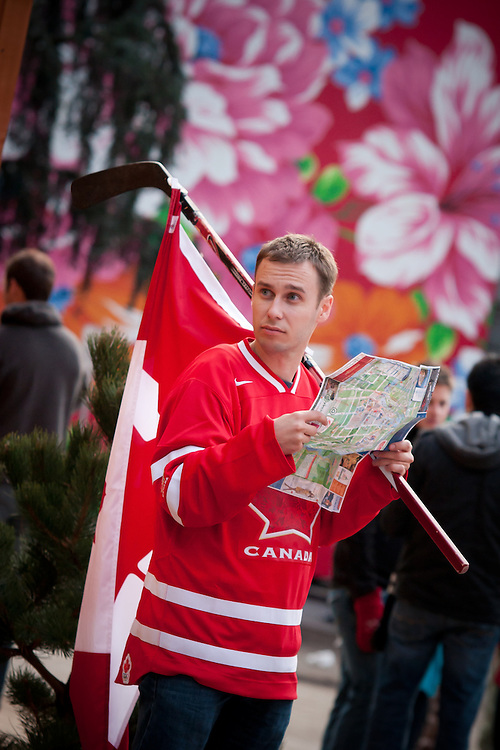