Add to Cart Add to Lightbox Download
A woman cycles towards Downtown wearing a red wig. 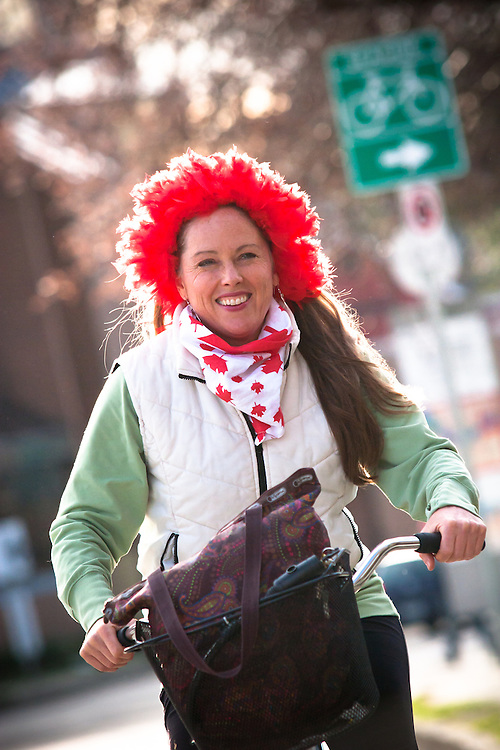